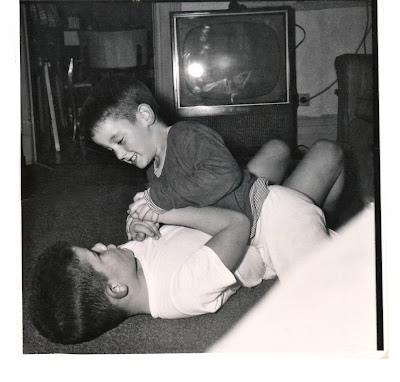 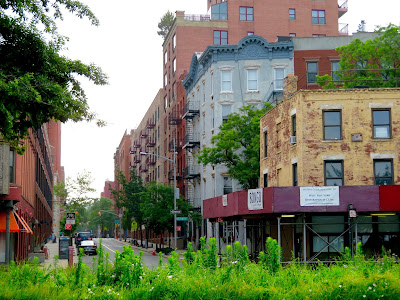 Every time I see a new sidewalk bridge pop up on a Manhattan street my heart drops. I cross my fingers hoping it's for renovation and not demolition. Last Sunday, biking down the Hudson,  I saw a series of bridges along West Street. I stopped, parked the bike and walked 10th Street, Weehawken Street, Christopher Street and Barrow Street. 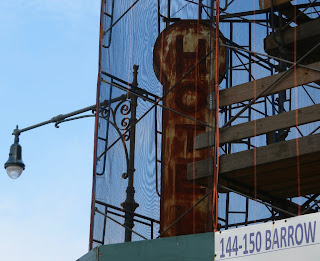 The construction upheaval in the West Village marches on but on this short walk I saw a compromise mix of renovation inside the boundaries of the Weehawken Historic District and on Barrow Street a large lot for new construction next to the old Barrow Street Hotel with Keller's Bar at the base on the corner.

Here's a link to more photos of the area.

My friend, Denny Ferado, led me to this ny curbed piece on Weehawken Street. 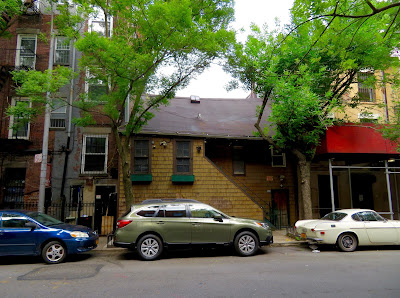 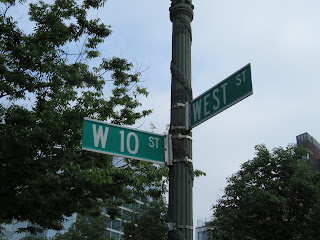 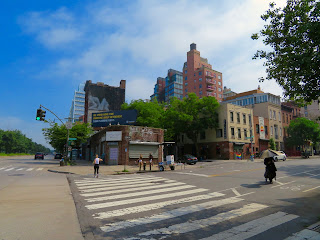 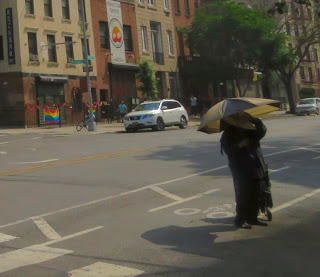 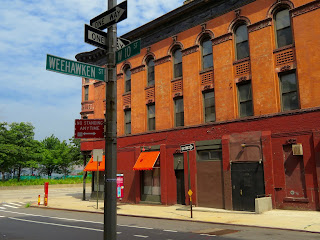 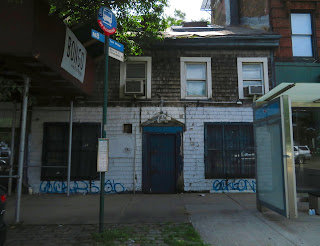 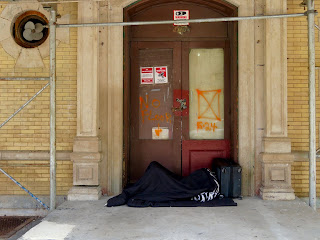 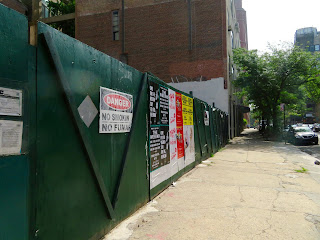 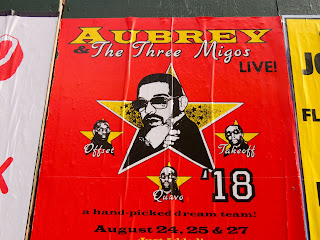