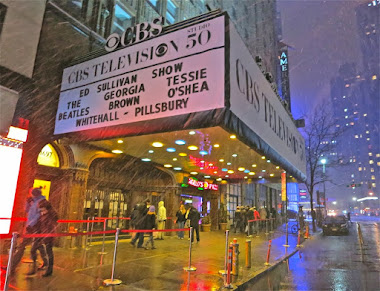 Mr. Beller's Neighborhood published "Instantly, Life Got Better," my story about The Beatles appearance on Ed Sullivan February 9, 1964. The piece conveyed that night in my home but doesn't explore a deeper connection the event had across our country.


It was less than three months after the Kennedy assassination, Pope John XXIII died in June 1963 (even if you weren't religious, you would've loved this guy) and the country's nerves were still rattled by the upper case, bold, 24 point newspaper headlines and frantic news coverage of the Cuban Missile Crisis in October 1962.

Children, particularly in Catholic households, saw one or both parents lose it. I mean really lose it. Cuba, The Pope and JFK knocked them for a loop and the younger children were at a total loss understanding what was happening in Mom and Dad's heads - they were crying out of context, drinking when they shouldn't and not making the usual "I'm all there" eye contact. Felt like there was no chance things were going to be OK and the parents lost their license as kid protectors. 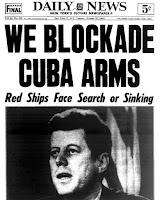 In February 1964, The Beatles appearance on Ed Sullivan offered a bit of salvation, a distraction away from grief. If you let 'em in. The younger audience's reaction telegraphed to the older audience, "we still have joy." Like or hate them, The Beatles rallied hope. 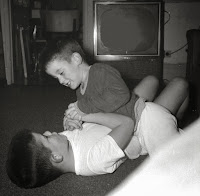 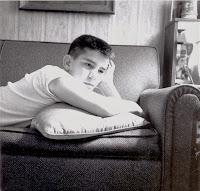 
My brother, Rory, and I, agreed on two things in early 1964: we loved bacon and we were crazy cuckoo nuts over the Beatles. Every Friday night that year, Mom gave us each a dollar to “get the hell out of the house and don’t come back until the store closes.” Together, Rory, 7, and I, 9, zoomed up 86th Street to Woolworth's 5 & 10 for our “start the weekend” ritual: carefully look over all the records in the store’s basement after our pizza dinner on Second Avenue. "I Want to Hold Your Hand," the Beatles first U.S. single came out the day after Christmas 1963, and the Lp "Meet the Beatles," was released on January 20th. Our mouths watered as we fingered through our favorite album covers: the Motown artists, Beach Boys, the Four Seasons and others.

We didn’t own a record player yet, but each of us had a few 45s that with low frequency Dad would let us hear on his 1955 RCA Victrola. He never let us touch it. He stood there giving us lessons on how to put the record on the turntable, how to clean the needle, but he always put the record on and he would lower the sound so we had to put our ears against the speaker’s grill to hear the song. Rory told Dad if he really loved us he should get us a dog like “Nipper” the RCA pup inside the record player’s top listening to “His Master’s Voice.” 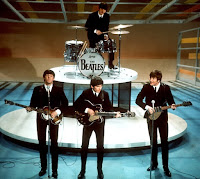 Dad surprised the family with a Motorola TV Console at Christmas time in 1963. Mom, Rory, and me were pleased as punch, the only down side was taking tuner changing lessons from Dad once a night. He’d stand in front of the TV screen demanding our full attention. Rory and I were not allowed to touch it. Mom had limited privileges. “Slow, turn the knob slow, only one station at a time. Got me? Very slow, and make sure it precisely stops at each station.” I could feel the heat of the cigarette in his mouth near my ear when he leaned in during my lesson. When Mom was upset with Dad (often) and he wasn’t around, she’d let Rory and I have tuner-turning contests — who was the fastest going from Channel 2 to Channel 13 then back to Channel 2.

My only refuge to enjoy my media alone, anxiety free, was listening to my eight transistor radio. My confirmation gift was packed carefully in the front pocket of my dungarees. I’d run down to the 89th Street hill inside Carl Schurz Park and lay on the ground oblivious to the cold. I’d open my jacket, lift my shirt, and place the radio on my belly so I could feel the vibrations of the music through my body. By New Year’s I was listening to “I Want to Hold Your Hand,” and “I Saw Her Standing There, the single’s B-side, over and over. That’s all I wanted to do. Be alone with my songs and dream.

On Sunday night, February 9, 1964, the family, the four of us were in our 83rd Street living room. Rory and I in our usual positions lying on the area rug over the linoleum covered floor, our heads pushed up with our arms. At 7:30 we were watching “My Favorite Martian,” on CBS, normally a must see show. But that night, all I wanted was it to be over and it to be eight o’clock. After scratching my ass five hundred times, Ed Sullivan came on the air. He made an announcement and then, they were there, The Beatles, live! Paul counted and then they drove into “All My Loving,” and life instantly got better.


In 1964, you could see ballplayers live, you could see movie and TV stars on the screens but it was nearly impossible to see the musicians you loved when you were too young to be going to a concert. When I saw The Beatles for the first time, they were mine, not to be shared with my parents; I owned this picture, this sound, these feelings. I looked over at Rory and saw him glowing. He got it, too. We found a place of our own. The Beatles appearance on Ed Sullivan, the flesh and blood merge with the music that was driving us crazy to distraction opened up a pleasure vault in our hearts and minds. 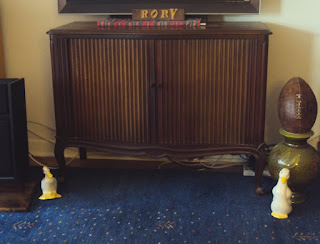 Glued to the TV screen we inched closer as if touching the screen with our noses would put us in the audience. Using slight body English to move when Dad yelled,” You’re in my way!” As if he cared. We gawked with our mouths wide-open, hands to our chins, our hearts beating faster than they had any right to. Their names flashed on the screen: Paul, George, Ringo, John, (SORRY GIRLS, HE’S MARRIED). Our eyes and ears conspired, making a movie we’d keep inside our heads forever.

It’s still there, the TV console Dad bought Christmas 1963. No TV inside it, but I have a worn beautiful piece of furniture in my living room that reminds me of a moment 50 years ago that stopped my heart in the best way.

Do you like old New York City photos and street life stories? Then check out my 1960s memoir, "I Hate the Dallas Cowboys - tales of a scrappy New York boyhood."
Available at Logos Book Store and online at Amazon or Barnes and Noble.