I strolled the neighborhood with Dad all the time. Whenever I could I tried to direct our walk past Rappaport's Toy Bazaar on the east side of Third Avenue between 78th and 79th Streets. They had gorgeous model sailboats in the display window perfect for cruising Central Park's sailboat lake, south of the Alice in Wonderland statute. I pictured myself in my captain's cap directing my "Flying Dutchman" over the sea just off Fifth Avenue. 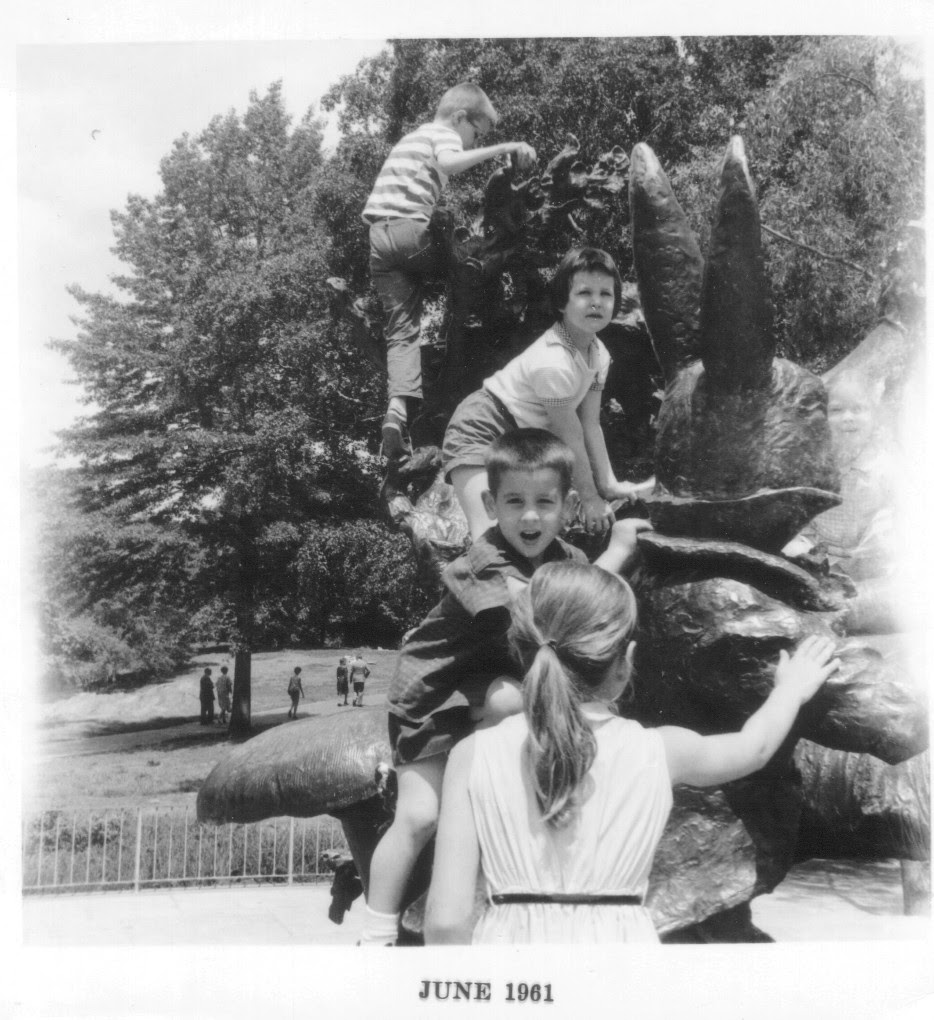 One day in the early 1960s, I got Dad to turn left on 79th Street putting us directly in front of Rappaport's. It was Saturday, and the street was crowded with people. Dad grabbed my hand and we did a punt return dance through and around most of the folks. I wanted to stop and pitch Dad on the boats, he wanted to get to 72nd Street to meet a friend. As he pulled me forward and I pulled him back, a tall man said, "Hi, Tommy." I said, "Hi, John." Dad gave me a funny look and we kept going. Crossing 78th Street a short chubby man with a moustache said, "Hey, Tommy." I said, " Hi, Jeff." 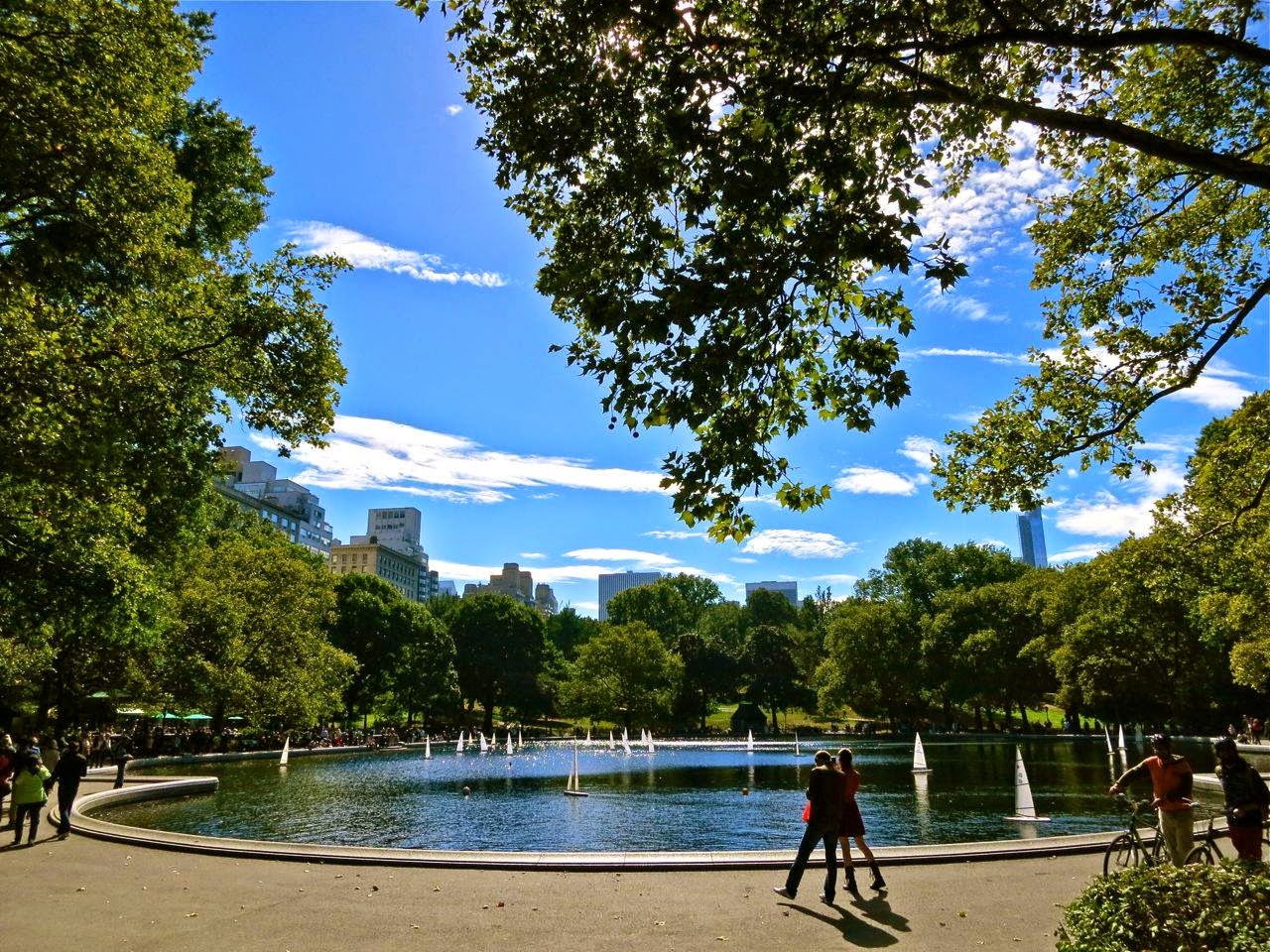 Once we were on the sidewalk, Dad stopped dead and twisted my head with his hand straight up so we made eye contact.
"Who the hell were those two men?"
"Oh, they're Emergency Room doctors at Lenox Hill." 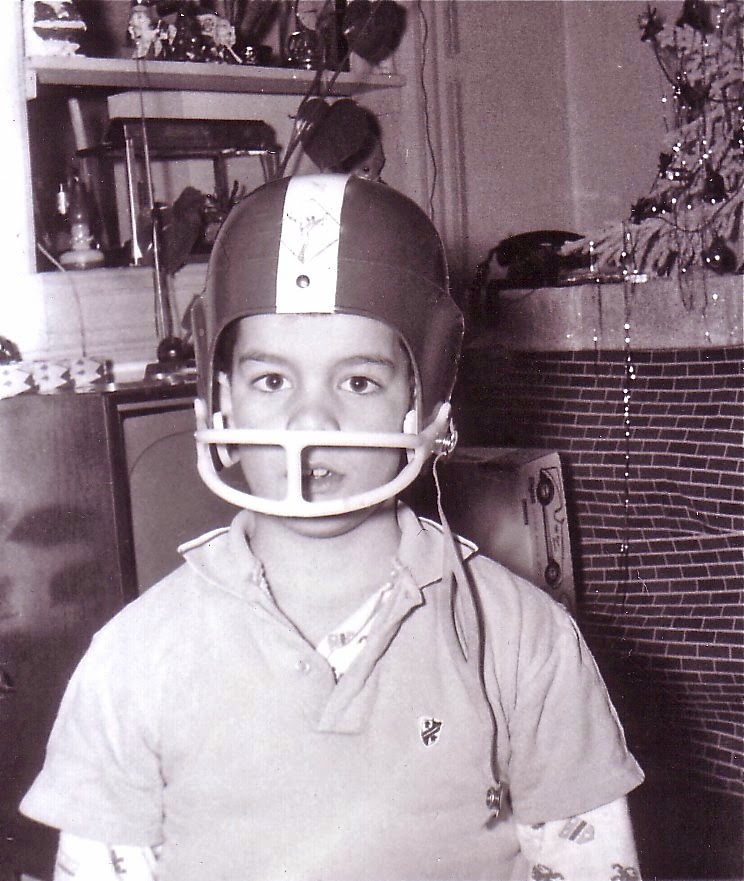 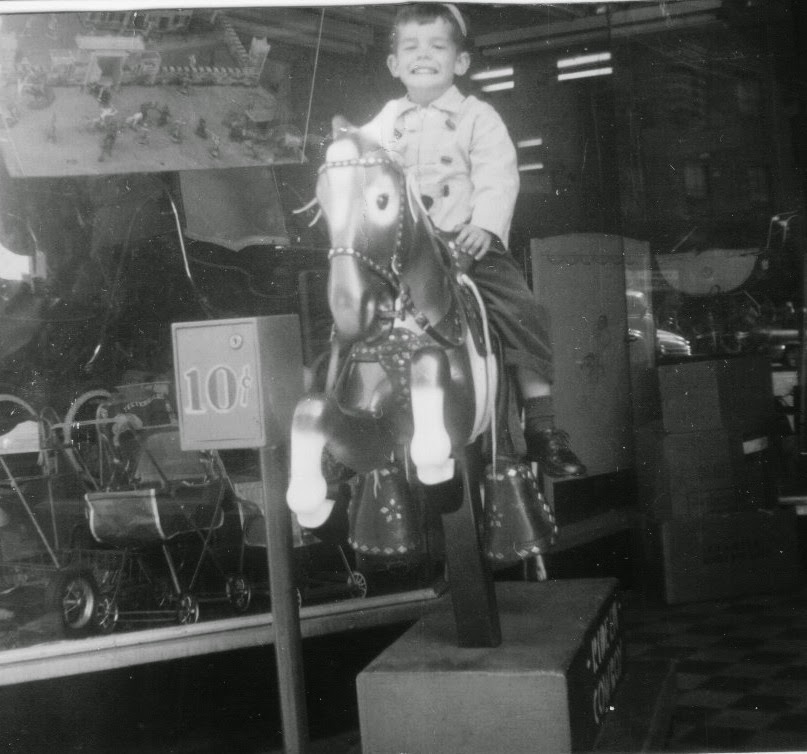 Dad shook his head and we kept walking.
Later that night, Dad said to Mom, "I think Tommy should wear his football helmet all the time." The look on Mom's face said she was giving the idea strong consideration. I had no defense. My stitch collection was starting to make my face look like a hockey goaltender. A clumsy fellow, I regularly fell off the ten cent rides in front of Woolworth's, Lamston's and Grant's.
at April 15, 2019 No comments: