Someone Left The Cake Out In The Rain

Seeing all the kids in caps and gowns in June reminded me of my St. Stephen's 8th grade graduation in 1968 and old Yorkville school memories. 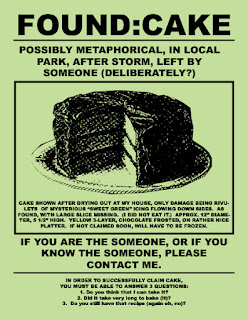 My mother was a St. Joseph girl, but fell in love with St. Stephen’s church and married my father there in 1952. This led to Rory and my enrollment. I met Sister Beatrice in 1st grade in 1960. She was a hands-on teacher who taught us to sing Hungarian folk songs and let each child express their individuality. That was progressive for the time. Sister Beatrice always had chalk dust on her backside from leaning against the board. She constantly flipped a piece of chalk like a coin. She never dropped it. She played punch ball with us in the street at lunchtime. After she smacked a ball under a car she’d lift her heavy black skirt so she could run fast down to first base. Instead of chasing the ball I admired her big nun shoes that I thought would be perfect for kicking a football.

My middle years at the school were traditional 1960s teaching and mostly boring, but 8th grade was special thanks to Sister Mercedes. No teacher in my lifetime ever got me better. She threatened me, she punished me, she encouraged me, she laughed at me and she loved me. Sister Mercedes was blessed with an acute understanding of children. Having her as my last St. Stephen’s teacher set a standard for the qualities I expected and needed from future mentors. I didn’t always get it, but I recognized the type of person I was looking for.When I was too excited, Sister Mercedes invited me into the convent to clean and help with dinner preparation for the nuns. I was clumsy and my jobs were simplified, I vacuumed, “not near the lamps!” and I took the ends off a large bowl of string beans. One day, Sister Mercedes was sitting there watching me and I could see she was thinking something through, and then she said, “Thomas, instead of using your mouth so much, why don’t you use that left hand of yours and write down what you have to say.” She knew, she could see - good intuitive teachers understand different types of kids - in high school, in college, gravitate to mentors that get you, encourage you and keep you in line at the same time.

Towards the end of the year, Sister Mercedes put her hand firmly on my shoulder and said, "You're the smartest idiot I've ever taught."


My 8th grade St. Stephen’s June 16, 1968 graduation was ten days after the assassination of Robert Kennedy and two months after Martin Luther King’s death. There were riots in New York City neighborhoods. I remember it clearly. A very hot Sunday. After the ceremony, Mom and Dad played pinochle up Nan's on York Avenue with Pauline and Charlie Hannah. Nan had a bandanna around her neck to catch sweat and drank chilled ginger ale. “Cut the shit, cut the cards,” Nan said to Dad who was farting around. Rory wore my graduation cap, and then we ran out to put the fire hydrant on at the corner of 83rd Street and 1st Avenue. Mickey Mantle hit a homer against the Angels. George Chapman had sunburn on his back from Rockaway Beach. Unknowingly, I slapped George's back after Mantle's homer. Apology not accepted. Then I heard Richard Harris talk singing:


Someone left the cake out in the rain.
I don’t think that I can take it.
‘cause it took too long to bake it.
And I’ll never have that recipe again.
Oh, no!

"MacArthur's Park," was on the radio and Rory bought a pound of Oreos with the 45 cents he clipped off Dad's dresser. Afterwards, we all sat on 403’s stoop and Herb Alpert crooned “This Guy’s In Love with You.” We considered these songs nuclear weapons for attracting girls.

This Guy's In Love With You - Herb Alpert

The Horse - Cliff Nobles and Co.

Angel Of The Morning - Merilee Rush and the Turnabouts

Reach Out Of The Darkness - Friend And Lover

Grazing In The Grass - Hugh Masekela

I Love You – People

Tip-Toe Thru' The Tulips With Me - Tiny Tim

I Could Never Love Another (After Loving You) – Temptations

How'd We Ever Get This Way - Andy Kim

Ain't Nothing Like The Real Thing - Marvin Gaye & Tammi Terrell

Good The Bad And The Ugly - Hugo Montenegro

(You Keep Me) Hangin On - Joe Simon

Tighten Up - Archie Bell & The Drells

Never Give You Up - Jerry Butler

Like To Get To Know You - Spanky And Our Gang

Face It Girl It's Over - Nancy Wilson

If you like my work check out my memoir, "I Hate the Dallas Cowboys - tales of a scrappy New York boyhood."Available at Logos Book Store or online at Amazon or Barnes and Noble.
The book has 135 Amazon five star reviews out of 135 total reviews posted. We're pitching a perfect game. My old world echoes TV's "The Wonder Years" ~ just add taverns, subways and Checker cabs. You can also purchase my photography portfolio, "River to River - New York Scenes From a Bicycle" on Amazon.