The album takes you through a daydream-like stretch of jazzy melodies, retro-rock and songs sung out to sea. A truly original sound inspired by artists such as Neil Finn and Pink Floyd, there is a sophisticated balance of poetic lyrics that span religion to untraditional love songs, honest vocals and intricate guitar—all amidst an ethereal atmosphere of keyboards, strings and trumpet. 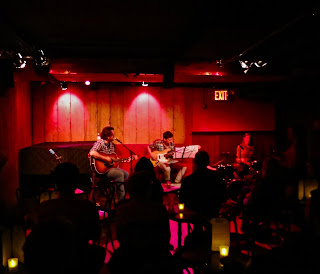 Supersmall is a New York-based Indie rock band featuring singer-songwriter Colin Dempsey and drummer Daniela Schiller. Both are seasoned musicians that have played in the United States, Europe, the Middle East, Australia and New Zealand.

Ross Otto joinied them onstage for their record release show. Check out his band Dream Boss. 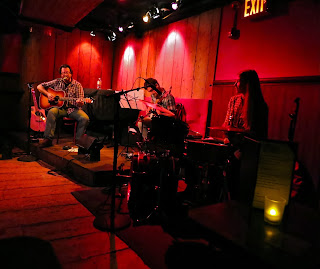 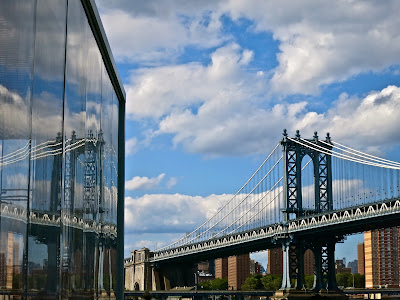 Photos here are from a lovely August day at Brooklyn Bridge Park. I rode my bike from Yorkville to the spot where I met Michele and Alison for a walkabout. 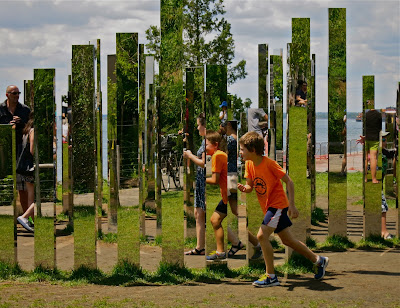 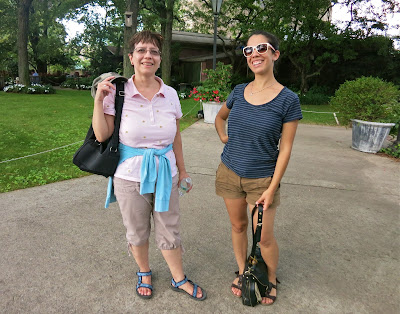 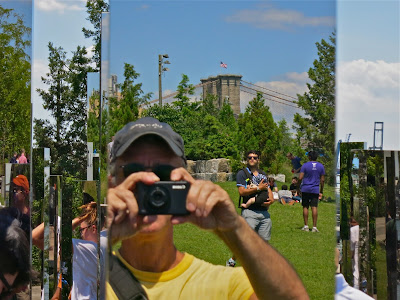 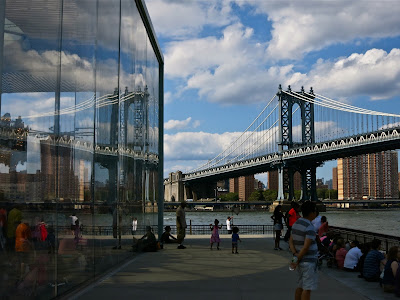 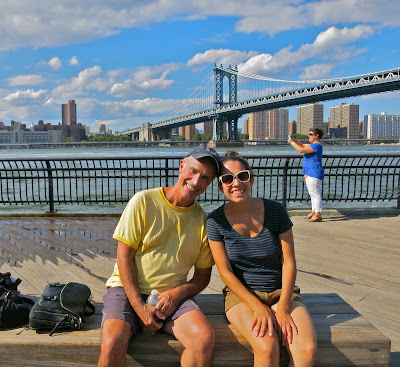 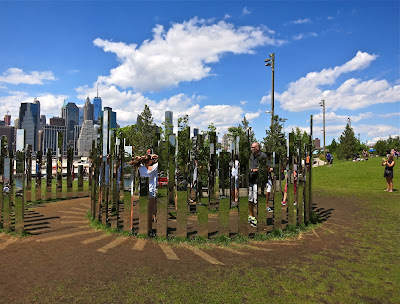 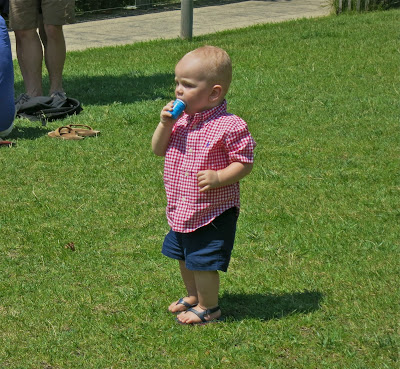 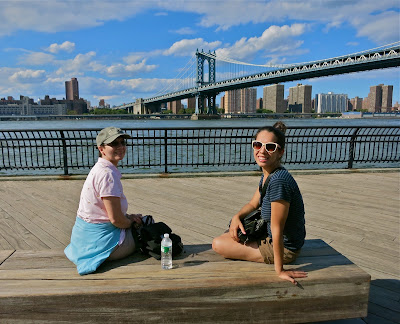 Do you like old New York City photos and street life stories? Then check out my 1960s memoir,"I Hate the Dallas Cowboys - tales of a scrappy New York boyhood."Available at Logos Book Store and online at Amazon or Barnes and Noble.

63 years ago today, Father Edward O'Halloran married my parents in St. Stephen of Hungary on a warm Saturday afternoon. Mom from the St. Joseph's parish loved St. Stephen's church, Dad was indifferent. It was a dry wedding. That was smart. The fireworks would have started an hour into it. The Pryors and Ryans could hear someone giving them the finger through a brick wall. Best they could, Mom and Dad loved each other deeply with a lot of stuff blocking the effort. I love them, I miss them. During a Giant football game, I have a strong urge to call my father after a good play. Whenever I'm down, I want a hug from Mom.

Their humor, intelligence and love runs through me. Rory and I are lucky guys, Dad was an artist, charming and sarcastic. He fed our creativity and curiosity. My mother was hilarious, loving, and out of her mind. I'm talking cuckoo crazy nuts. You did not want to cross her. But Rory and I? She loved us like a train. We owned her heart and we knew it. Our job? Make Mom laugh. Make Mom proud. I'm still employed. 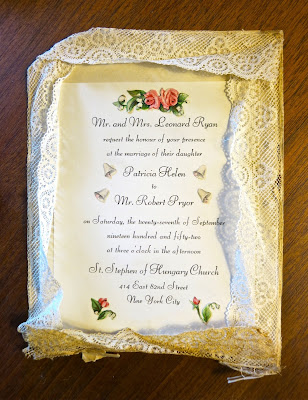 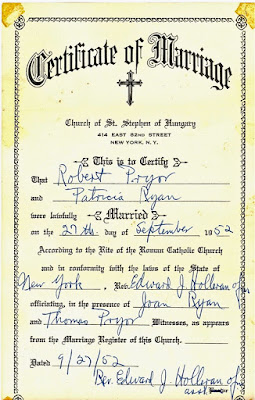 Cagney On My Mind

You ever have one of these days? 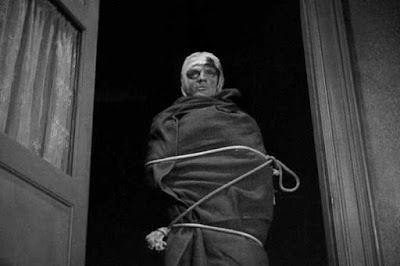 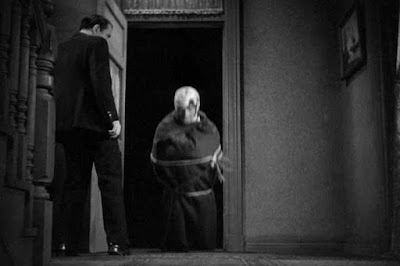 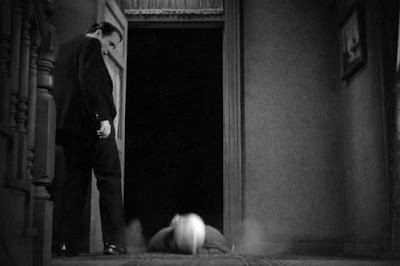 Never left the house yesterday, I have a pissed off back and a spasm in my right calf the size of a Spaldeen. I watched several old films.  One of them,"The Public Enemy," its final scene when Tom Powers comes home to Ma is one of my favorites. Seeing it again, reminded me how often I heard Cagney's name in Yorkville as a kid in the streets and in my house.

Jimmy Cagney, his brother, Bill, and my uncle, Joe Cuccia, played together on the "Yorkville Nut Baseball Club." I believe the years were between 1912 and 1917. The "Yorkville Nuts" were a famous and successful sandlot team in New York City at the turn of the century through World War I. Their main rivals were the "John Jays." 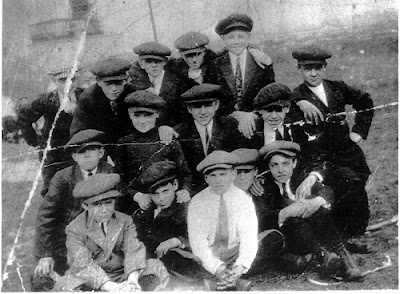 This photograph of a group of Yorkville boys was taken around 1912 at the edge of the East River near the East Side House Settlement. Cagney is second from left in second row. My Uncle Joe whose nickname was "Cheech" is standing all the way to right in the second row. Several of these guys went to P.S. 158 together.

Cagney loved his Yorkville youth and loved the team. He kept the Nut uniform for his entire life, see the NY Times article below. My Uncle Joe had box scores, I saw as a boy, but sadly, they are lost.
Thank you. be well, Tommy

Here is a undated photo of the Yorkville Nut Baseball Club posing with some of the John Jays. My uncle is to the left of Cagney with the smirk on his face. 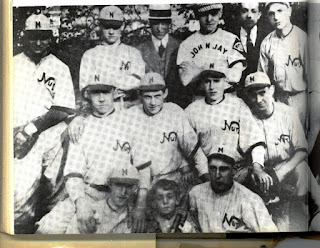 When Cagney's estate was auctioned off this piece appeared in The New York Times
on September 24, 1992.
Note: baseball uniform reference

CHRONICLE
Objects and memorabilia belonging to James Cagney will be put on auction Sept. 30 at William Doyle Galleries on the Upper East Side. Fans of the actor, who died in 1986, will find mementos of some of his most famous movies, including the spats and boots he wore as George M. Cohan in the 1942 musical "Yankee Doodle Dandy," the role for which he won an Oscar.

The auction will also include his personal copy of the screenplay from "The Time of Your Life" and canisters containing various films, including "Public Enemy." A signed drawing by Al Hirschfeld and five 1930's portraits of the actor by Edward Weston are included. Also on sale will be more private items like a uniform from Cagney's childhood days on the Yorkville Nut Club baseball team and paintings and drawings that the actor made after he retired to his farm in Dutchess County.

St. Patrick's Gets The Pryor's Rolling 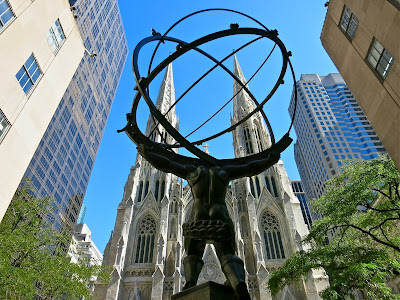 As an incredibly laxed Catholic it takes a Pope like Francis to get me excited about the direction of the church. His arrival at St. Patrick's today brings to mind my Grandfather Pryor's baptism there in 1900. Thomas E. Pryor was born on Third Avenue and 50th Street before the El was electrified, so every day dirty locomotive driven trains rushed past their third floor window.

Tonight, I'm telling a story about how art and life comingle in my family's lives in Manhattan back to 1896 on Avenue A.

In my family, we make things to convey emotions difficult or impossible to express.

Please rsvp this morning and join us tonight on a rooftop terrace, great storytelling, full dinner & wine and a great skyline view all for $40.


You must RSVP ~ register at this link:
http://events.r20.constantcontact.com/register/event?oeidk=a07ebjvwejcc4b16127&llr=e58zfumab

Art and life. At times, a blissful marriage. Other times, hell. September’s featured performers will tell stories exploring the blurry line between art & life.
Kiley Edgley is a blogger and former professional quiz writer. She writes about cultural observations, weird things that happen to her, and general nonsense. Read them at her blog: kwolverine.wordpress.com
Bassey Etim is a journalist and musician from Milwaukee, Wisconsin. He lives in Brooklyn and runs the Community Desk at The New York Times. In 2011, Bassey released his debut novel "The God Project." His debut album "Perpetual Motion," is slated for fall 2015.
Thomas Pryor's memoir, “I Hate the Dallas Cowboys – tales of scrappy New York boyhood,” was published in 2014 (YBK). His blog: “Yorkville: Stoops to Nuts,” was chosen by The NewYork Times for their Blog Roll.
Marie Sabatino (Producer) has been writing stories since she was a little girl. and telling stories all over NYC for the past 10 years.You can find her work in publications such as, Mr. Beller's, Word Riot, Freerange Nonfiction, Columbia: A Journal of Literature & Art & other places. 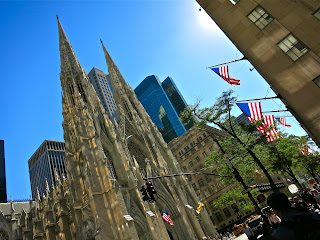 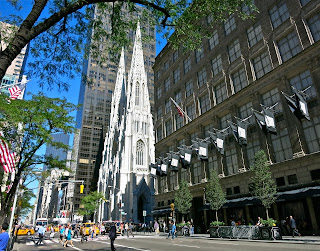 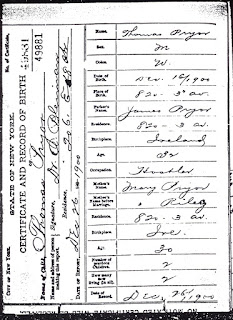 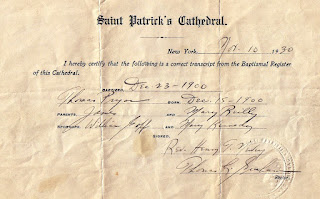 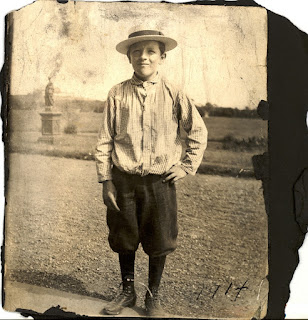 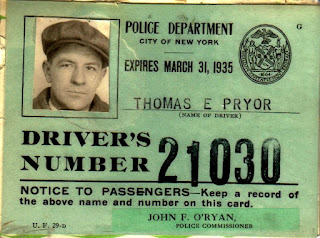 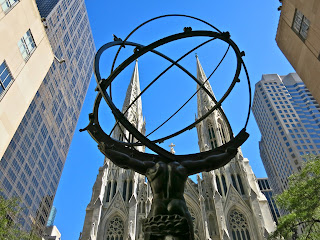 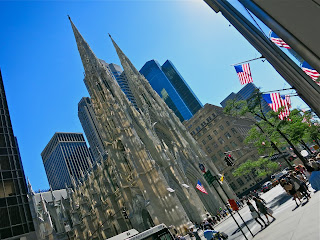 You can also purchase my photography portfolio, "River to River - New York Scenes From a Bicycle" on Amazon.
at September 24, 2015 No comments: